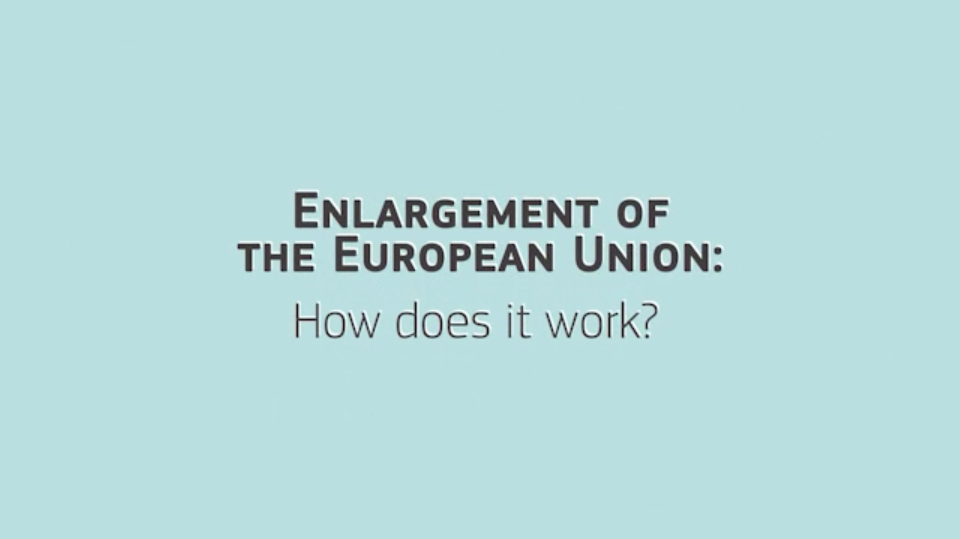 The process of expanding the European Union (EU) through the accession of new member states began with the Inner Six, who founded the European Economic Community (the EU’s predecessor) in 1958, when the Treaty of Rome came into force. Since then, the EU’s membership has grown to twenty-eight, with the latest member state being Croatia, which joined in July 2013.

Albania, Macedonia, Montenegro, Serbia, and Turkey are all recognized as official candidates, and the latter three are undergoing membership talks. Bosnia and Herzegovina and Kosovo are recognized as potential candidates for membership by the EU. Bosnia has an SAA has submitted an application for EU membership, while Kosovo has concluded an SAA which is undergoing ratification.

In occasion of submitsion of an application of Bosnia and Herzgovina for candidate status to the EU, here we present DG NEAR video on EU enlargement:

Enlargement of the European Union – How Does it Work from EU Neighbourhood & Enlargement on Vimeo.

Prince of Wales to visit Croatia, Serbia, Montenegro and Kosovo

Speak Up! 3 Conference – Freedom of Expression and Media