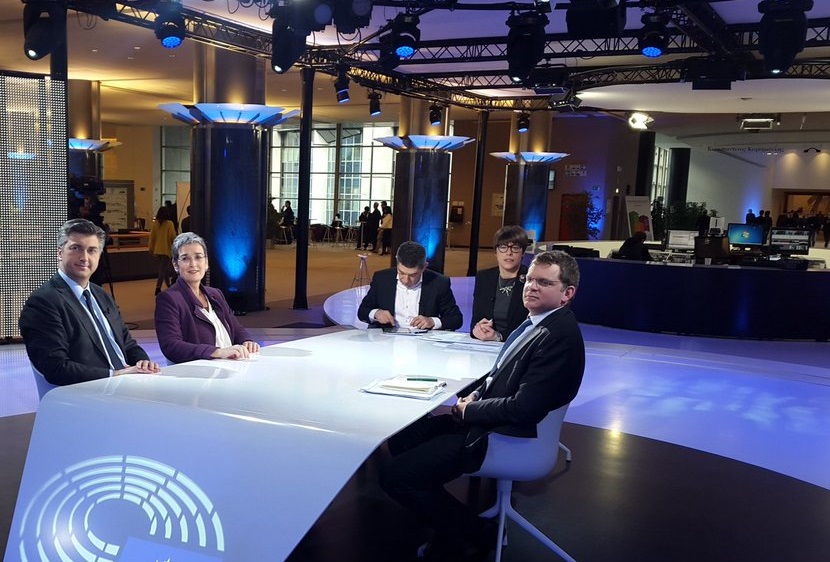 BRUSSELS / BELGRADE / ZAGREB – Can EU cope with the challenges of the refugee crisis? The borders are being closed, the agreement with Turkey is not enforced, and Greece is alarming on the humanitarian crisis that would occur if the Balkan Route is blocked. All these subjects are discussed in the thirteenth episode of the Balkans in Europe TV Debates titled “Extraordinary Times for Europe -Will the EU Overcome Its Rifts?” which has Ms Urlike Lunacek (Vice-President, European Parliament), Mr Andrej Plenković (Member of the European Parliament) and Mr Neil Campbell (Acting Director, Open Society European Policy Institute, Brussels) as guests at the debating round table. The episode that was broadcast on N1TV, marked the opening of the new season of Balkans in Europe TV Debates for 2016.

The “Balkans in Europe” is the European Fund for the Balkans’ bimonthly TV debate on the most pressing issues that the countries of the Western Balkans are faced with on their way to EU membership. Recorded and broadcast directly from the studio of the EU Parliament, it engages Members of the EU Parliament, EU Commission officials, important public figures, as well as experts and analysts from the Western Balkans region in a dynamic policy discussion. The debate, moderated by Borjan Jovanovski (journalist for TV NOVA, Skopje, Macedonia) and Ivana Dragićević (journalist for N1, Zagreb, Croatia) is broadcast on N1, a regional media news network and the CNN exclusive news affiliate, with an audience of 20 million people in the Balkans (Croatia, Serbia, Bosnia and Herzegovina and Montenegro).

You can watch the episode on the following link: Balkans in Europe TV debates (Episode 13)