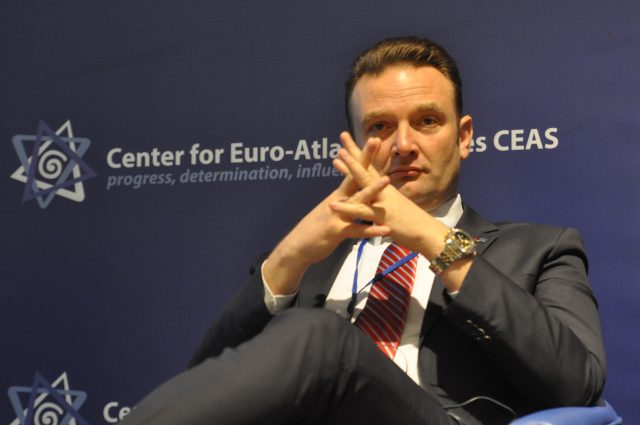 PODGORICA – Russia is trying to destabilize the Western Balkans and undermine democratic efforts and progress of countries in the region by using misinformation, the president of the Atlantic Council Savo Kentera said. As he added, it is to be expected that the country will continue to position itself as a geopolitical opponent to Western democracies.

At the opening of the Winter Security Conference, Kentera said that democracies around the world were attacked, not by traditional weapons, but by deliberately releasing false information, which is a serious threat to democracy.

According to him, the freedom of the media, speech and information has become a means of combating them.

If media in a democracy are considered biased or aligned with special interests then, as Kentera said, the foundation of the democratic system becomes meaningless.

He called to mind that last year Russia was meddling in the presidential election in the US and thus attacked the integrity of the US democratic system. He added that the same thing later happened in Montenegro.

Moscow’s goal, according to Kentera, is nothing but discrediting democratic governance and the existing international system.

In the case of Russia, as he added, disinformation is one of the instruments for implementing strategic foreign policy interests, strengthening of Russia’s international position and protection of Russian economic interests.

Defence Minister of Montenegro Predrag Bošković said that the development of information and telecommunication technologies significantly shifted the nature of contemporary conflicts.

He said that the information became a key tool for modern warfare.

He added that awareness must be raised about these challenges because the possible consequences can be very dangerous in the long run.

According to him, governments must be cautious when dealing with these issues and by interfering with foreign factors trying to undermine national policies and foreign policy goals.

“It confirms the policy of NATO’s open doors, fosters security and stability of the region, and emphasises the benefits of reforms, in particular the rule of law and good governance,” Uyehara said.