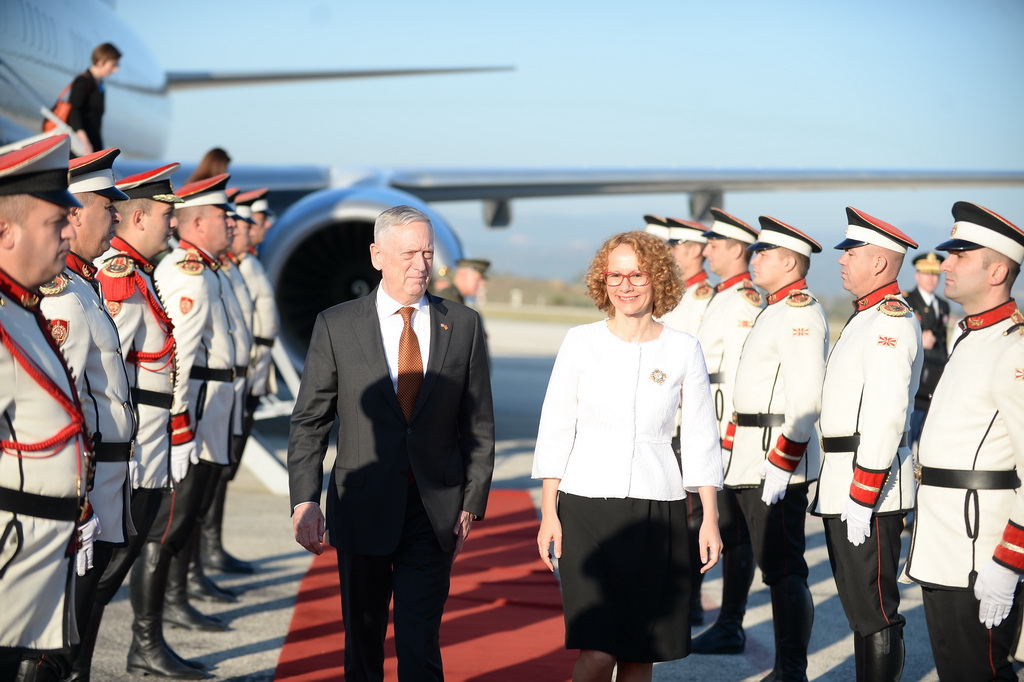 SKOPJE – United States Secretary of Defence James Mattis is paying an official visit to Macedonia today. He has extended the list of leaders coming to this country in recent weeks to support the referendum on 30 September.

During his visit, Mattis is set to meet with Prime Minister Zoran Zaev, Minister of Defence Radmila Šekerinska and President Gjorge Ivanov.

Mattis condemned Russia’s alleged attempts to use its money in order to reinforce the opposition to the referendum, which could pave the way for Macedonia’s NATO membership.

He emphasised that he and other NATO-allies speak directly to the media what they think.

“We do not funnel the money to the people behind the scenes, we do not form parties that we control or try to control”, said Mattis.

Emphasising that Russia’s interference is worrying, he said that US does not want to see it doing in Macedonia what it “has done in so many countries”, Reuters reported.

Zaev: I possess no evidence of Russian influence in Macedonia

Đukanović: North Macedonia has secured its place in NATO