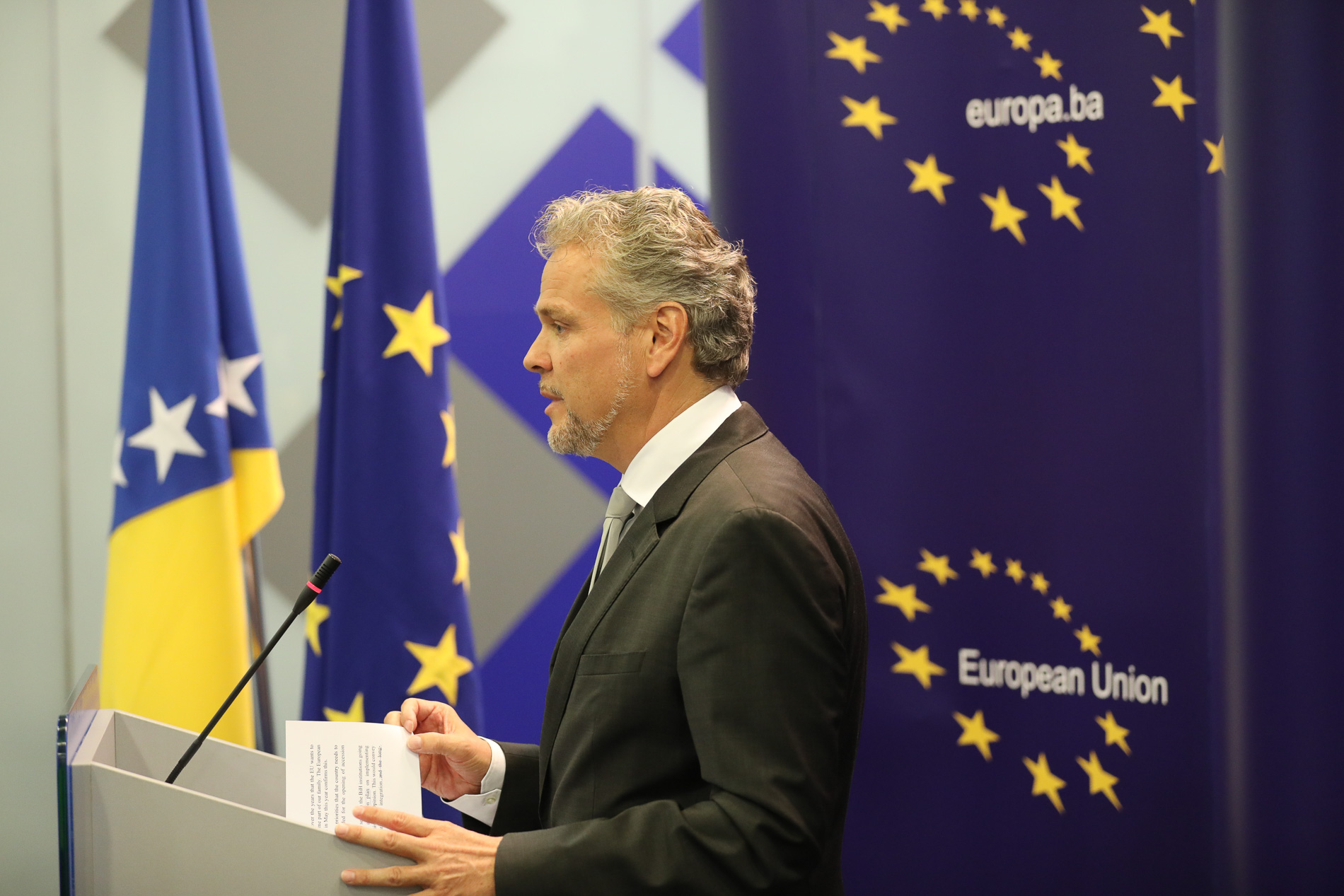 „The European Union reiterates that the role and the competences of the BiH Constitutional Court are fundamental to the country, including the final and binding nature of its decision“, said Head of the EU Delegation and EU Special Representative in BiH, commenting on the latest developments in the country.

He stressed that the EU urges political actors to refrain from divisive actions that may jeopardize vital reforms of interest to BiH citizens, adding that the EU attributes great importance to the functionality of institutions.

The BiH authorities are expected to ensure a proper follow-up to the key priorities stemming from the Opinion including those on the BiH Constitual Court, Sattler concluded.