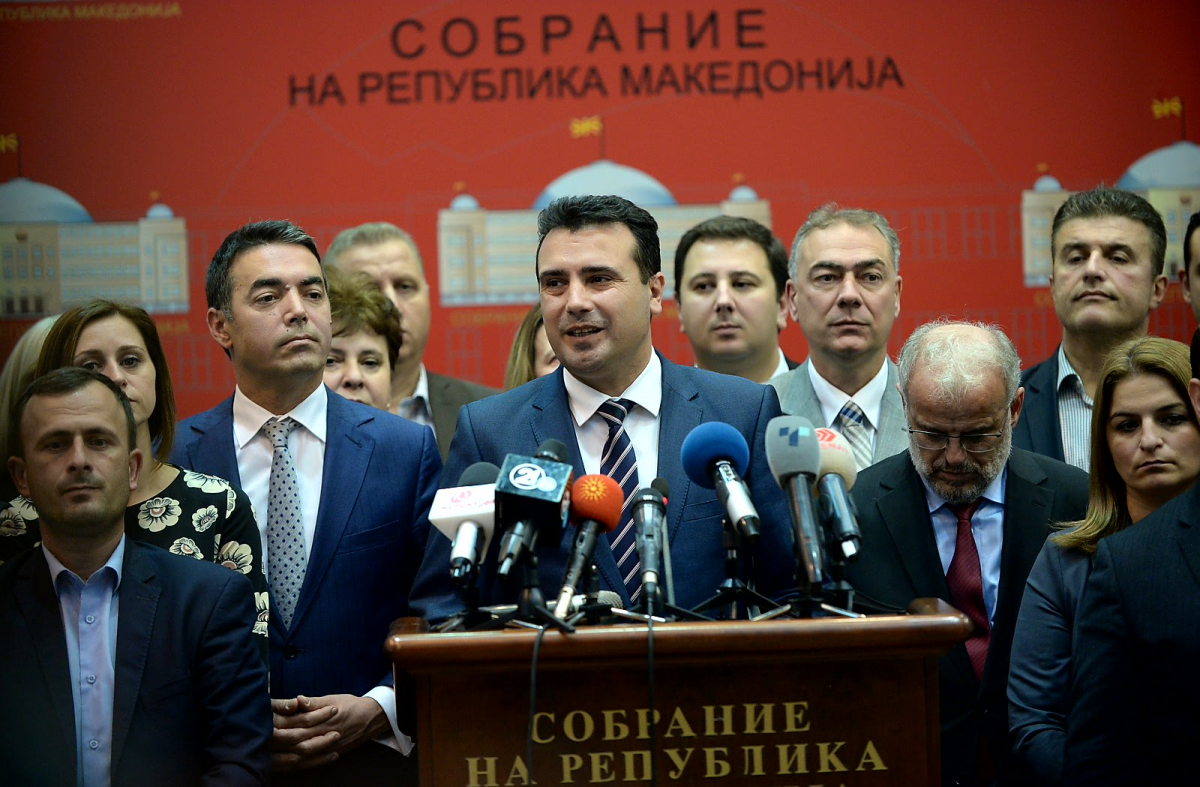 SKOPJE – Parliament of Macedonia (Sobranie) voted yesterday in favour of initiating constitutional revision. This is a crucial step towards implementation of the Prespa Agreement reached with Greece in June, and comes after the referendum in which 94% of the 37% participating voters supported the change of the country’s name to North Macedonia.

The exact number of MPs required for a two-thirds majority, 80, voted for the first step of the above described process. This included seven MPs from the largest opposition party, VMRO-DPMNE. According to MIA news agency, they immediately suffered consequences.

“The seven MPs who acted against the stance of the party and the citizens have disappointed me, the party and the homeland. They will have to live with this. Therefore, the VMRO-DPMNE Executive Committee held an urgent session this evening and excluded them from the party,” chairman Hristijan Mickoski stated at press conference at the party headquarters.

Voting procedure was prolonged following the demand of VMRO-DPMNE parliamentary group coordinator Dragan Danev, who had requested for a roll-call voting instead of the accustomed electronic procedure.

The results were welcomed by the Prime Minister Zoran Zaev and the Foreign Minister Nikola Dimitrov, main architects of the Prespa Agreement from the Macedonian side. “Our visions for a better life in a better country will become the reality”, stated Zaev, and described the MPs who voted in favour as heroes.

Dimitrov expressed his satisfaction on Twitter. “One major step forward toward making history and unlocking a common future. There is no other way for our region to move forward but through reconciliation, mutual understanding and friendship. Onwards and upwards!”, he wrote.

Prime Minister of Greece Alexis Tsipras also used this social network to welcome the result of the voting. “Congratulations my friend Zoran Zaev! Tonight’s vote is a big step towards our common success. A very important step to a peaceful and prosperous future for our people!”, wrote Tsipras, who is currently also the acting Foreign Minister, following the resignation of Nikos Kotzias, who left the Government because of the confrontation with Minister of Defence Kammenos, over accepting the Agreement.

Members of the international community also expressed their support to the development. In a joint statement, High Representative of EU for Foreign Affairs and Security Policy Federica Mogherini and European Commissioner for Enlargement Negotiations Johannes Hahn stressed that the vote was an important step towards the implementation of Prespa Agreement and underlined their expectations that the national procedures will be carried out without delay.
“It took political courage, leadership and responsibility to resolve one of the oldest disputes in the region. This determination was confirmed with the vote today. This is a truly unique opportunity for decisively moving the country forward on its European Union path as well as for reconciliation in the region. The European Union will continue to fully support and accompany the country, all its citizens and its institutions,” Mogherini and Hahn stated.

NATO General Secretary Jens Stoltenberg also voiced his support to the decision. “I welcome the vote by parliament in Skopje on the proposed constitutional changes. It’s up to the government and political leaders to complete national procedures on the name agreement and seize this historic opportunity to bring the country into NATO,” he tweeted.

The Government now has 15 days (from Friday) to submit draft-amendments to the Constitution, which will have to be confirmed by an absolute majority of the MPs (61 votes). The final decision to amend the Constitution will then require a second two-thirds majority of at least 80 votes. Prime Minister Zaev voiced his expectation that the final vote will see an even bigger support to the Agreement than the one on Friday.