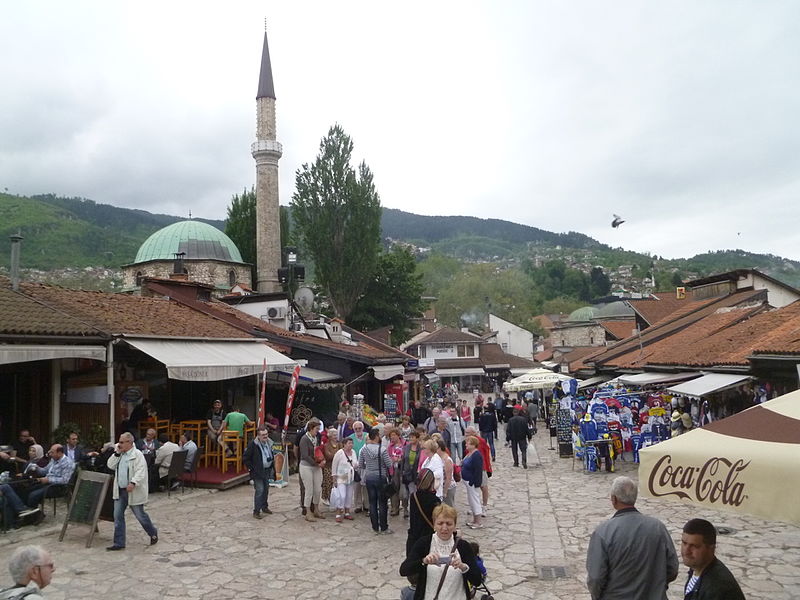 How many of us in the WB were pressured to give bribe, how involved we were in petty corruption, whether we see corruption as acceptable form of behaviour and do we believe in policies that aim to eradicate it from everyday life were the questions answered by the “Corruption Monitoring System” research, conducted in 2019 by the members of the regional anti-corruption initiative Southeast Europe Leadership for Integrity and Development (SELDI) on at least 1000 respondents in Albania, Bosnia and Herzegovina, Montenegro, North Macedonia, Kosovo and Serbia.

Shortcomings in the legal, institutional and strategic framework, ineffective judiciary and lack of political will to fight corruption, prevalence of state capture phenomenon throughout the region – these are all characteristics detected in the Western Balkans – by the European Union and numerous experts and organization. While they may sound as abstract concepts and politically correct phrases, they have far reaching impact on everyday life of the citizens in our region.

The research gives impression that overall trends are not very encouraging.

What causes the most concerns for the future transition and integration of the WB societies in European union is that 70% of Western Balkans citizens do not believe that the corruption could be substantially reduced.

Most of the CMS 2019 indicators are showing stagnation or regression when it comes to the experiences and perceptions of the citizens with corruption in their everyday lives.

Why is Western Balkans still so far behind the EU?

According to Ruslan Stefanov, Director of the Economic Program at Centre for Study of Democracy, the causes of such development could be traced to the hesitancy of EU in enforcing its conditionalities, reaching out of the political elites for Russia and China (especially in Serbia), exhaustion of the civil society to advocate for change and futile massive anti-corruption protests in region.

“If we dissect the results country by country, we can say that mostly there has been stagnation except for two countries. Not surprisingly, there has been big backsliding in Bosnia and Herzegovina, which remains politically grid-locked and with not clear outlook for the future”, said Stefanov.

He also said that the other big backslider has been Montenegro, and this came as a surprise to many, but not to the experts that follow the EU accession process for years.

“This backsliding in Montenegro we think is a natural result of the complacency of the country with achieving the goal of NATO membership and being the front-runners for EU integration. We have seen such complacency effects in all countries in Central and Eastern Europe that joined in the past”, said Stefanov.

He pointed out that given the overall negative environment in the region and lack of external pressure for reform, North Macedonia and Albania have been the only countries in which corruption pressure has decreased, although marginally.

“Therefore, the EU should have acted to bind these countries on the path to accession. We hope this mistake is remedied quickly but also decisively and that, yet local elites are not off the hook for improving governance” he said and added that  the local civil society still needs external anchors for help as internal checks and balances, such as independent media and judiciary, are still very weak.

Bosnia and Herzegovina – corruption at every step

BiH is the worst performing country in the Western Balkans when it comes to the corruption pressure, according to the CMS 2019 survey.

Corruption pressure on citizens rose substantially, from 33% in 2016 to 55% in 2019. Also, BiH is on the top of the negative list when it comes to the share of population involved in corruption (48,2%) and acceptability of corruption, alongside North Macedonia (41%).

Our interlocutor Dario Jovanović, Project Manager at Centre for Civil Initiatives from BiH,  said that although perceptions of the citizens are often brought to question because they are subjective, this is not the reason for discarding them, because “if people talk about some phenomenon, such as corruption, it is probably happening”, he said.

Jovanović locates the source of the citizen’s perceptions and experiences demonstrated in research, in the “state capture” that exists in Bosnia and Herzegovina.

“Institutions are actually in the service of politics, laws and regulations are tailored according to the will of the individuals and the rules and procedures are implemented only when Government wants to prevent some improvements from happening”, said Jovanović.

Commenting on the result that 62% of the citizens in Bosnia and Herzegovina believe that corruption cannot be substantially reduced, Jovanović explained that if the efforts made by the international community, authorities and civil society to combat corruption do not have concrete results, then the apathy in society grows as well as disbelief that changes could happen.

He pointed out at the case of the movement “Justice for Dženan and David” which bridged the inter-ethnic divide against the political corruption and corruption in police and judiciary but faced the obstruction from the authorities.

„The authorities did everything to limit the freedom of expression and freedom of assembly and to discredit the movement through media manipulations“, said Jovanović and added that, in this case, there was a hope for change but nothing happened.

Jovanović added that corruption in BiH is directly oppressing the citizens.

„Life in BiH is a constant daily humiliation because corruption is at every step in everyday life, from point A to point B“, he explained.

Unrealistic expectations from the Priebe Report on BiH

Speaking about the possible impact of the Expert Report on the Rule of Law Issues in Bosnia and Herzegovina, on the fight against corruption, Jovanović’s opinion is that expectations were high, having in mind the impact of the Priebe Report on North Macedonia.

“However, the main difference is the specific political and social context that was present in North Macedonia”, he said and added that the Priebe report on BiH is also different in substance – it is on judiciary but also touches the other areas within the European Union’s larger judicial reform initiative, while in North Macedonia was much broader, covering issues such as work of the security services, elections and many others.

“Also, in BiH the politicians tend to ignore the recommendations from the international community under excuse that they do not want “foreign interference” and more importantly because accepting recommendations won’t bring them new votes”, he said.

“Why should we change, when we are winning elections, anyway”, Jovanović concluded by quoting one the BiH politicians.

Approximately 84% of the citizens still believe that it is likely or very likely to be pressured for bribe, 41% accept different forms of corrupt behaviour and 69% do not believe that situation of rampant corruption could be substantially reduced.

Misha Popovikj, Research Coordinator at the Institute for Democracy “Societas Civilis” Skopje said that in 2015, the Macedonian citizens faced the pinnacle of a crisis stemming from high-level corruption and uneven playing field in the political competition.

“The expectations of resolving important corruption cases and bringing justice to the fore of social processes were high”, he explained.

Popovikj said that the expectations of the citizens were not met because successes of rule of law and justice amounted to very few cases being won and the key players escaping justice.

“The primary example being former PM Nikola Gruevski, who miraculously escaped to Hungary and no one bore any responsibility. This reinforced the perception that nothing can be done in the fight against corruption and might explain the difference compared to the WB6 average. Additionally, since 2016, the media clientelism was weakened, so the journalists have more means to explore past, but also current corruption and we are witnessing more talk in the media about corruption controversies”, he pointed out.

Popovikj also said that the people are still distrustful towards anti-corruption policies because unlike the EU and researchers, their performance indicators for progress are very practical.

“In the area of justice, they measure how many of the corrupt politicians are in jail. Not how many new integrity plans have been drafted in the institutions” he explained and added that citizens use their own experience when it comes to the quality of public services, and they see that people are still not equal in receiving them. They witness that, even if there is a decrease in partisanship, political parties are still the dominant brokers for public services. Even with notable progress, we can expect that perceptions about corruption and distrust in institutions will lag behind.

Even though the EU enlargement policy gave significant results in improving rule of law and good governance in the Western Balkans since the 1990s and 2000s, our societies are still far behind EU average.

It looks like numerous strategies, integrity plans, action plans, working groups, mechanism of international cooperation and monitoring methodologies so far did not fully harmonized WB with standards of EU, as the political will for change was not constant characteristic of the political leadership and economic conditions, relatively speaking, have not improved.

While citizens wait for EU to deliver it’s promises and award those candidates that made progress and punish the ones that regressed, they will continue facing pressure to bribe at “every step” and dominantly see corruption as modus operandi not just of the high politics and business but everyday life as well.